Exodus 34:10,11 10 And the LORD said, “Behold, I am making a covenant. Before all your people I will perform wonders that have never been done in any nation in all the world. All the people among whom you live will see the LORD’s work, for it is an awesome thing that I am doing with you.

11 Observe what I command you this day. I will drive out before you the Amorites, Canaanites, Hittites, Perizzites, Hivites, and Jebusites.

Joshua 2:1-11 1 Then Joshua son of Nun secretly sent two spies from Shittim. “Go, look over the land,” he said, “especially Jericho.” So they went and entered the house of a prostitute named Rahab and stayed there.

4 But the woman had taken the two men and hidden them. She said, “Yes, the men came to me, but I did not know where they had come from. 5 At dusk, when it was time to close the city gate, they left. I don’t know which way they went. Go after them quickly. You may catch up with them.” 6 (But she had taken them up to the roof and hidden them under the stalks of flax she had laid out on the roof.) 7 So the men set out in pursuit of the spies on the road that leads to the fords of the Jordan, and as soon as the pursuers had gone out, the gate was shut.

8 Before the spies lay down for the night, she went up on the roof 9 and said to them, “I know that the Lord has given you this land and that a great fear of you has fallen on us, so that all who live in this country are melting in fear because of you. 10 We have heard how the Lord dried up the water of the Red Sea for you when you came out of Egypt, and what you did to Sihon and Og, the two kings of the Amorites east of the Jordan, whom you completely destroyed. 11 When we heard of it, our hearts melted in fear and everyone’s courage failed because of you, for the Lord your God is God in heaven above and on the earth below.

God had shown the Israelites how much he valued them by all that He had and continued to do on their behalf.  The blessing of God’s presence going with them and before them, God delivering them from slavery by taking them out of Egypt, God providing for them and showing them loving-kindness, and speaking of a land that He Himself had picked out for them – a land flowing with milk and honey, were all examples of His regard for them.  He had promised them houses to live in that they didn’t have to build, vineyards they’d enjoy that they didn’t plant.  These promises were not because of them; it was not because of the righteous way they lived or the steadfast faith they displayed.  Their conduct was most unbecoming the whole way out of Egypt. They had provoked God by their unbelief on numerous occasions.

We, having the same Spirit of Faith that Abraham had, get to partake in the same covenant. We get to have a relationship with God, we get to benefit from the same blessing, and to experience his goodness and grace because of Jesus. We stand in the righteousness of God. We are accepted, viewed as holy, and without blame because of our connection with Jesus and the covenant between Jesus and God.  Our connection to Jesus Christ and the covenant between Jesus and God enables us to walk in the blessing and to be considered the righteousness of God.

We, as receivers of Jesus as Lord, get to show forth God’s goodness through our good and blessed lives.  We get to make His will and love known by putting them on display showing that the promise of the Kingdom of Heaven has come. 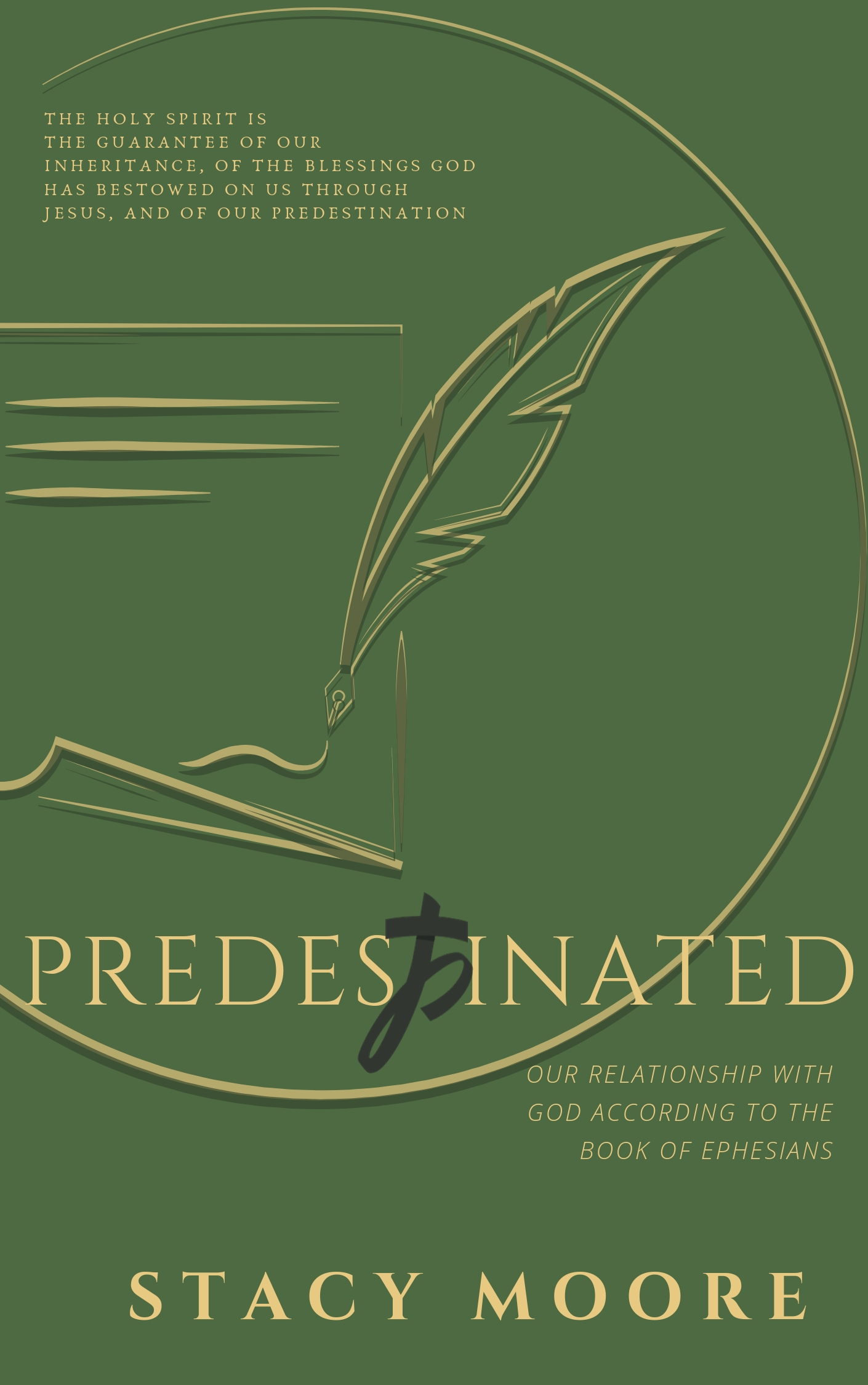 Proverbs 4:20-22 - My son, pay attention to my words; incline your ear to my sayings. Do not lose sight of them; keep them within your heart. For they are life to those who find them, and health to the whole body.…
Respond in faith. Trust God straight through to the other side!
Circumstances - Are the issues you’re facing greater to you than the promises of God? The circumstances you’re facing are not the issue. How you respond to those circumstances, are.
God knows EVERYTHING about you and loves you, right now, in this moment!
Give thanks in every circumstance, for this is God's will for you in Christ Jesus.
Why give thanks in every circumstance? Because God has solved every problem and made every provision through the redemptive work of Jesus Christ!